A Journey to the Center of the Body.

Urologists have used white light to look for bladder cancer for years, but with Narrow Band Imaging (NBI), doctors can now enhance their view of potentially cancerous lesions. During my time at White Rhino, Olympus came to us with the goal of demonstrating this game-changing technology at their most important event of the year. Our solution was an immersive virtual reality (VR) simulation that allows clinicians to travel inside a realistic human bladder, and compete to find the most lesions possible using NBI.

Video from inside the VR headset

VR has been around for 60+ years, but when this project started, there were few established design patterns or working processes in place for VR design, and this was my first time leading a VR project. Exciting! Several things needed to happen to pull it off – First, I had to identify and pick a platform and device/headset. Second, find and assemble a team of top notch specialists. Third, find a way to prototype, test, and iterate on the experience. And lastly, immerse myself in learning (more on that in person if you're interested!).

We officially kicked off the project with several rounds of ideation and prototyping, working closely with our clients over the course of several weeks. I led a number of in-person ideation sessions at our office – meeting with the client's team to brainstorm, then breaking for a few days while we prototyped and tested various solutions.

During and after our initial concept work, we staggered testing with small groups of teammates. I leaned on my experience in animation to create a series of 360 video prototypes, allowing us to get something up and running quickly. Through testing we were able to refine the spatial qualities of the environment, gameplay mechanics, and rough UI design, as well as identifying that some people felt uncomfortable with the movement through the environment.

A “VR Wireframe” created in Adobe After Effects

Designing for VR is tricky, period. I had to consider space, distance, lighting, and even physiology. I immersed myself in learning design for spatial computing – both the principles and the tools. I taught myself Unity 3D/C# to better collaborate with our engineer, and worked closely with our 3D partner Hybrid Medical Animation to refine the look of the environment. 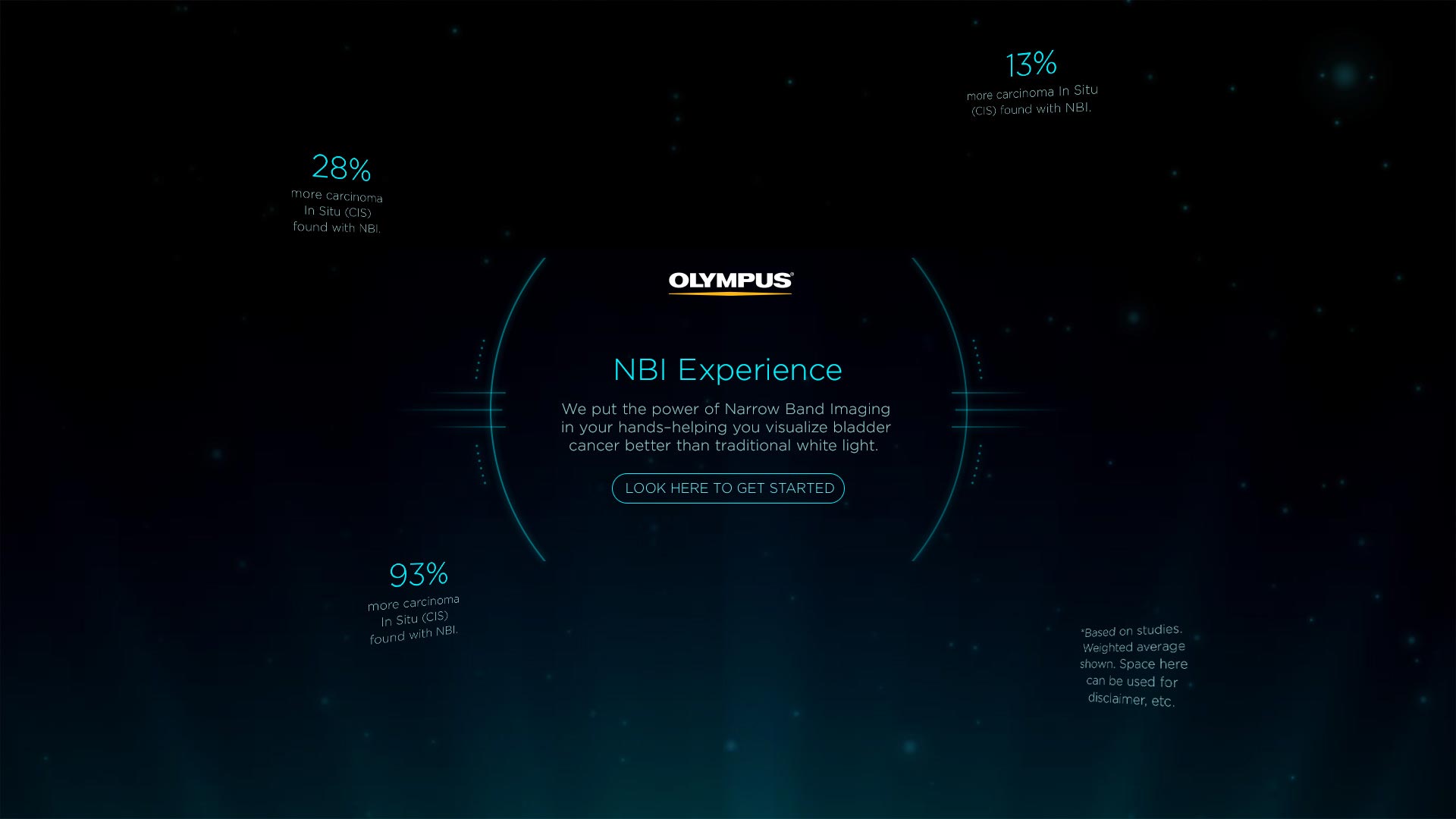 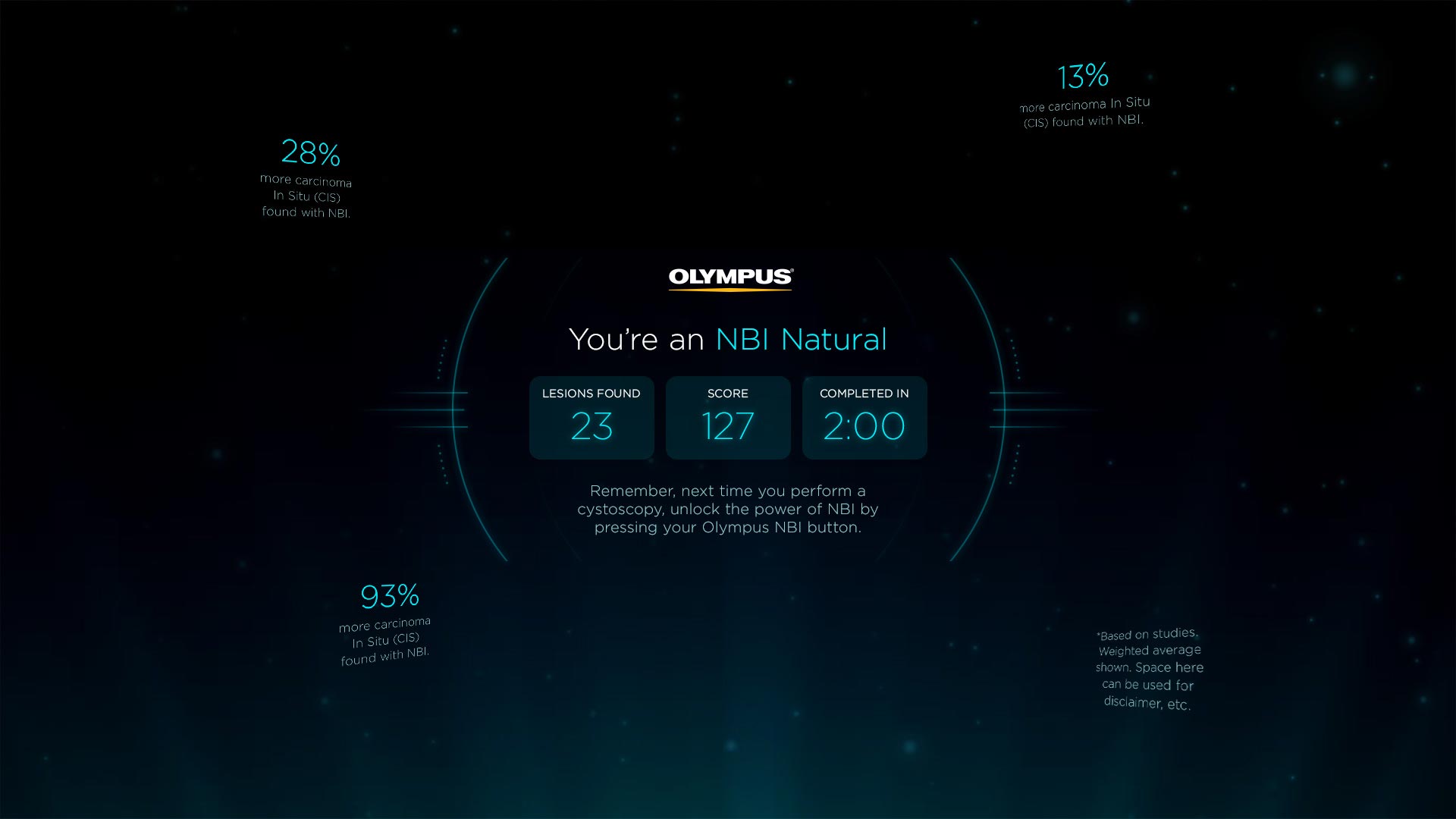 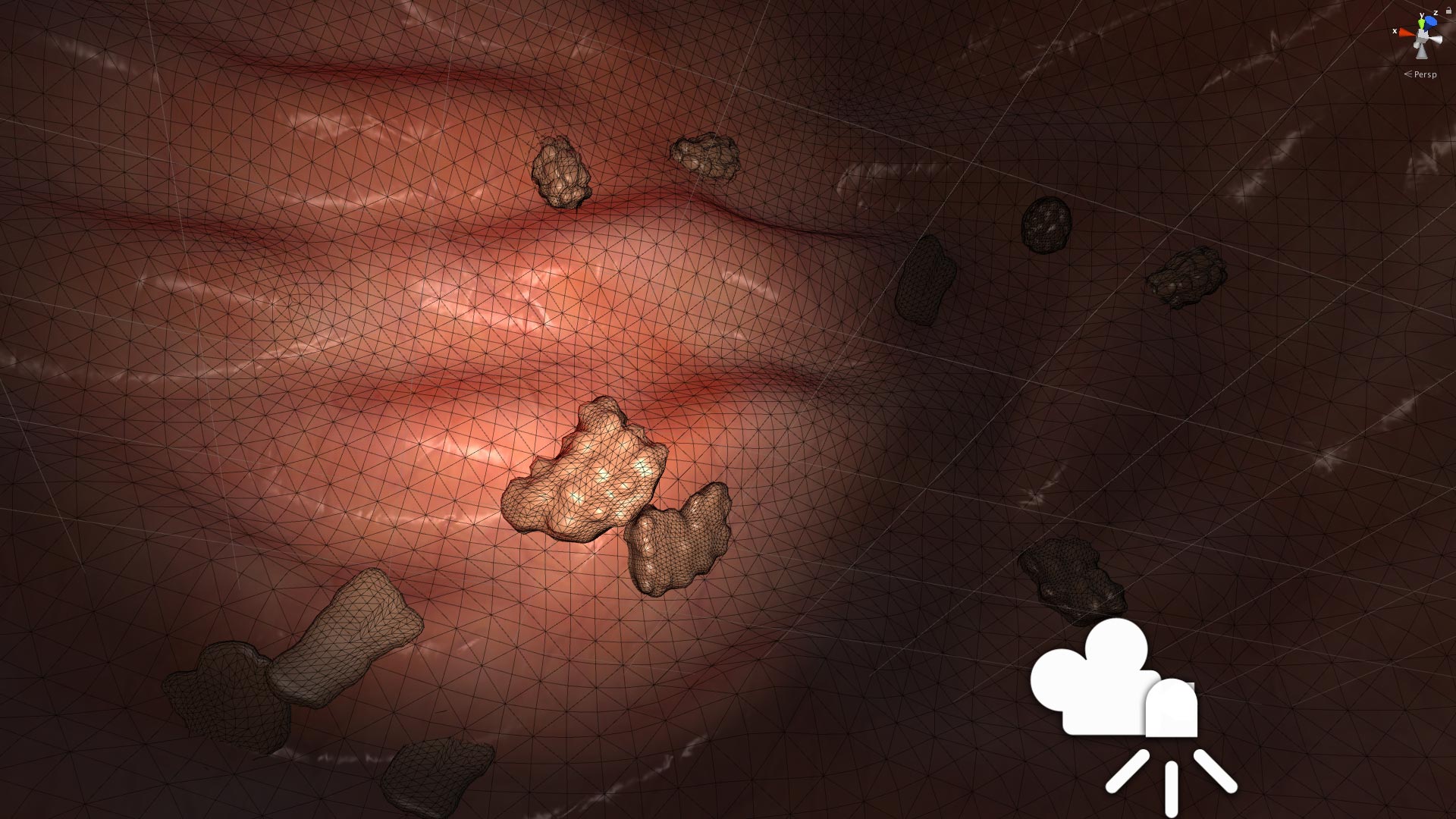 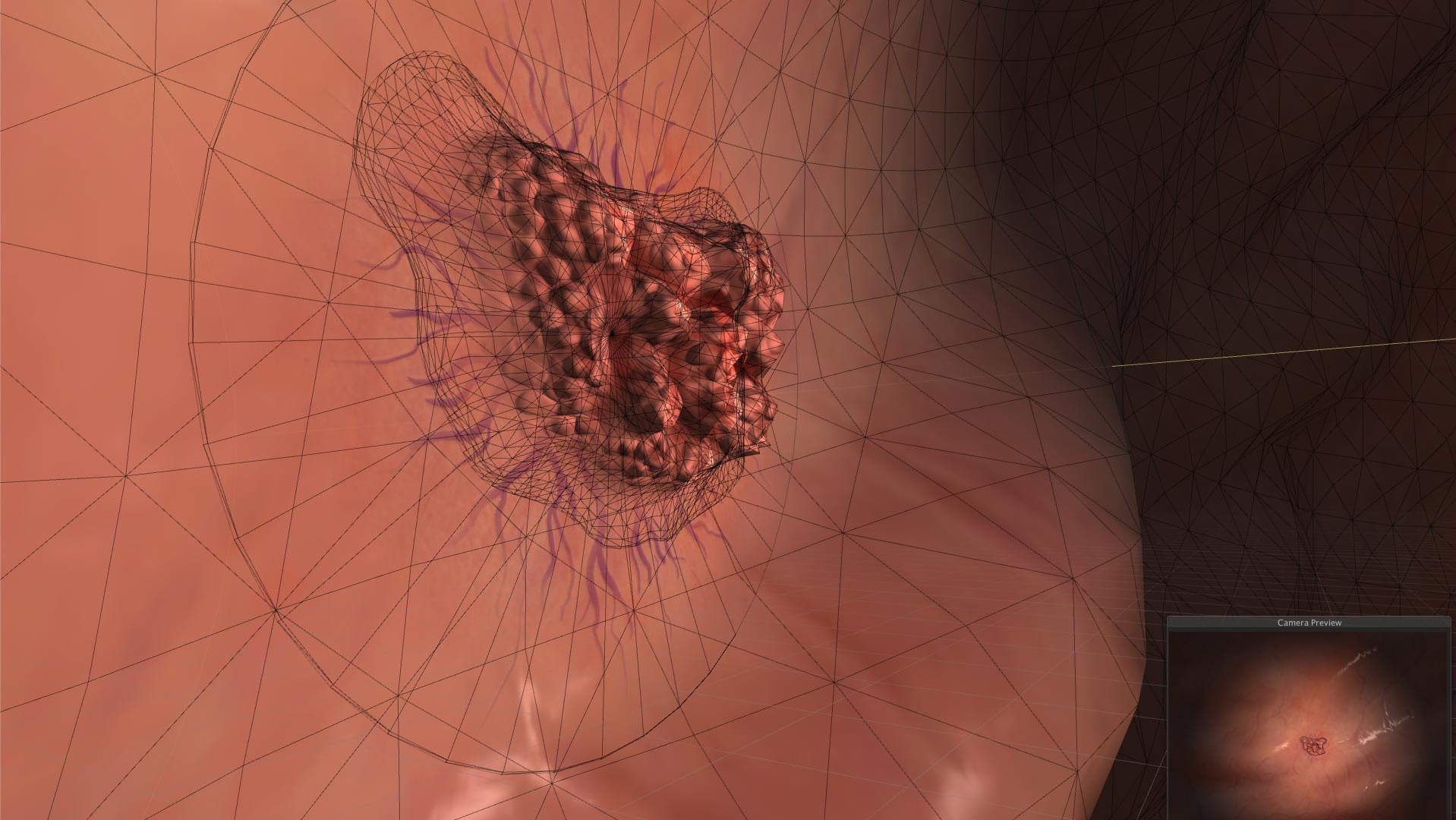 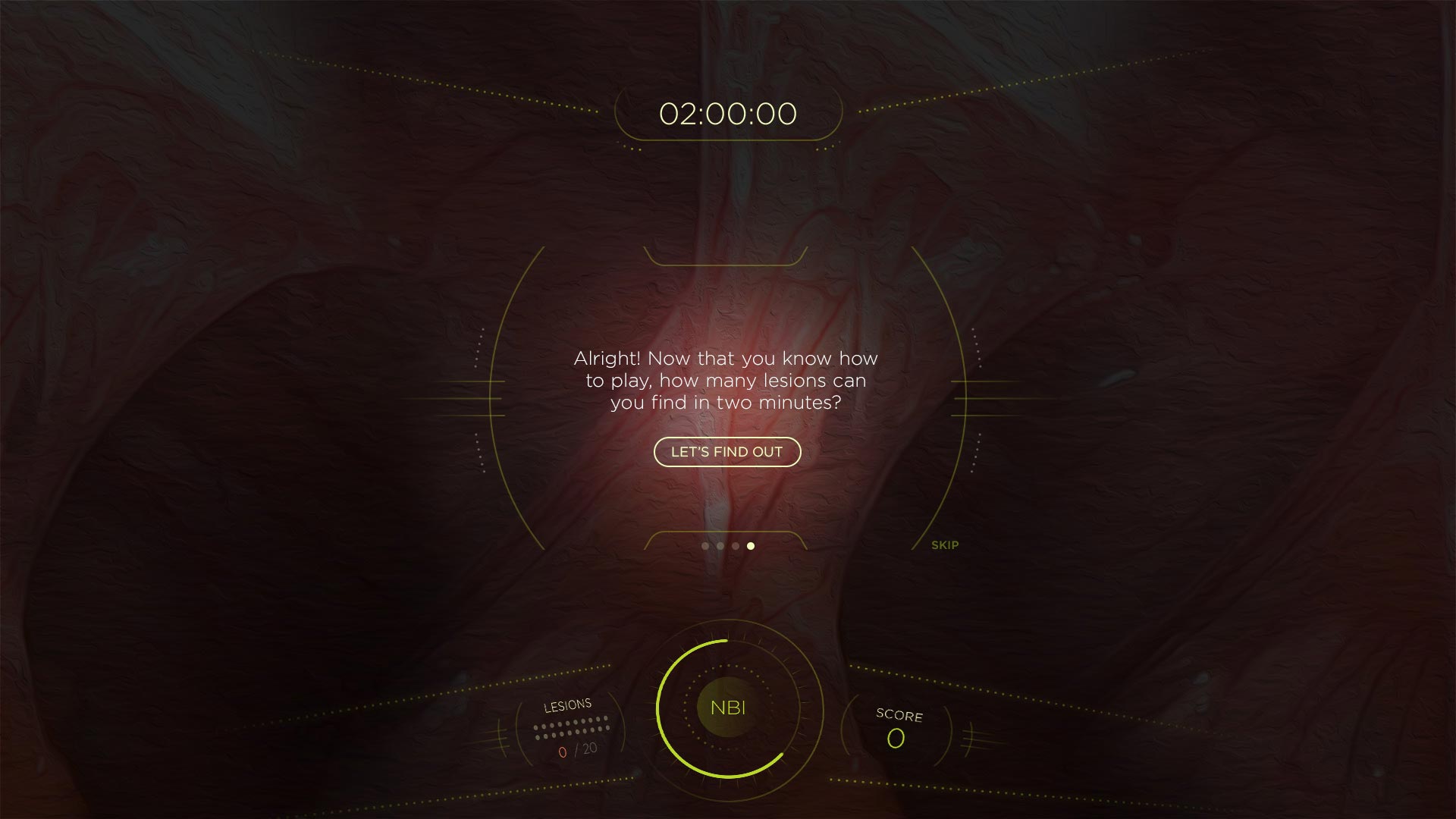 The app was the main attraction in the Olympus booth – at the most important event of the year (AUA) for Olympus Urology. I attended to help run the event, managing devices, and providing technical guidance. The booth was packed. Aside from drawing a huge crowd, it exceeded all expectations in driving leads, and I personally heard from clinicians how seeing NBI in VR really showed them the potential of the technology. After the success at the event, several other internal Olympus groups reached out for similar projects.

“The VR Experience kept our booth packed, generating many more qualified leads than any previous year.” 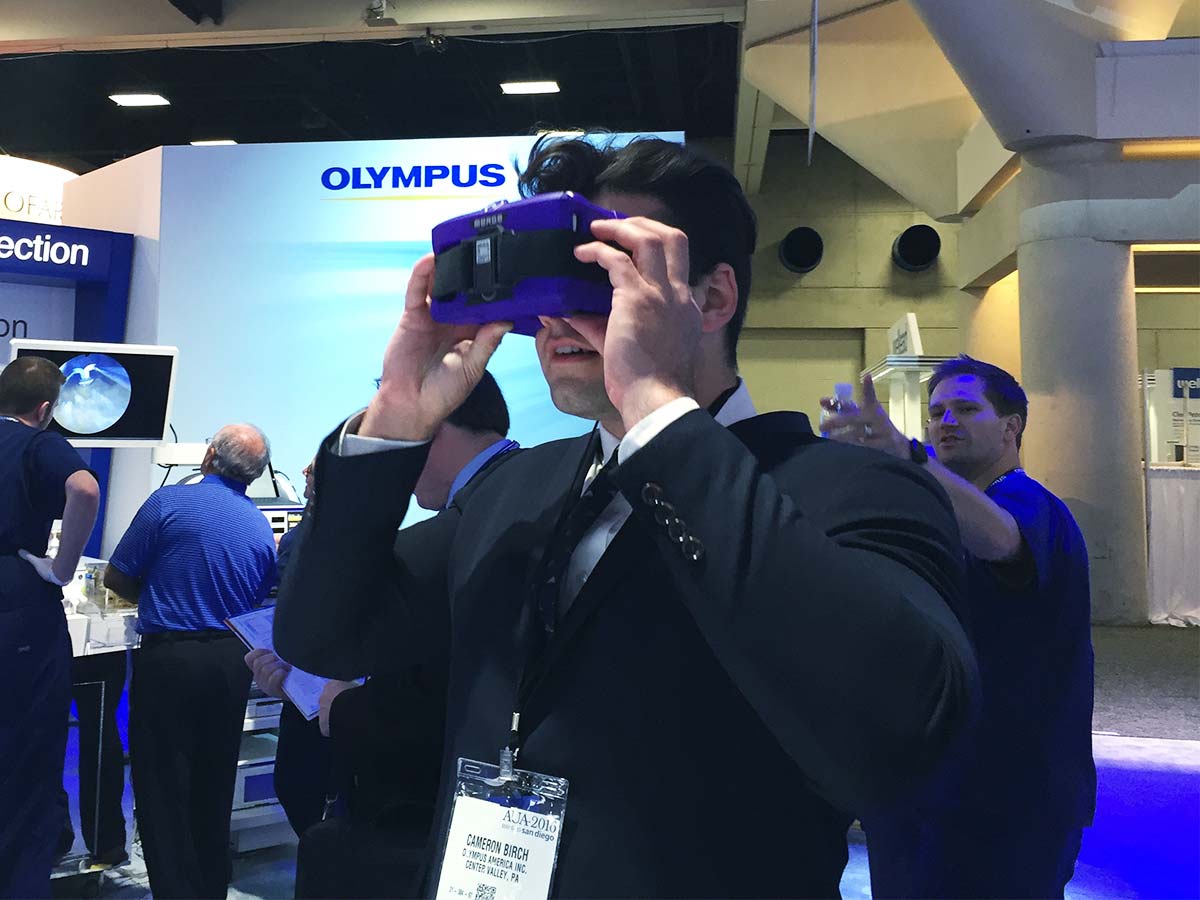 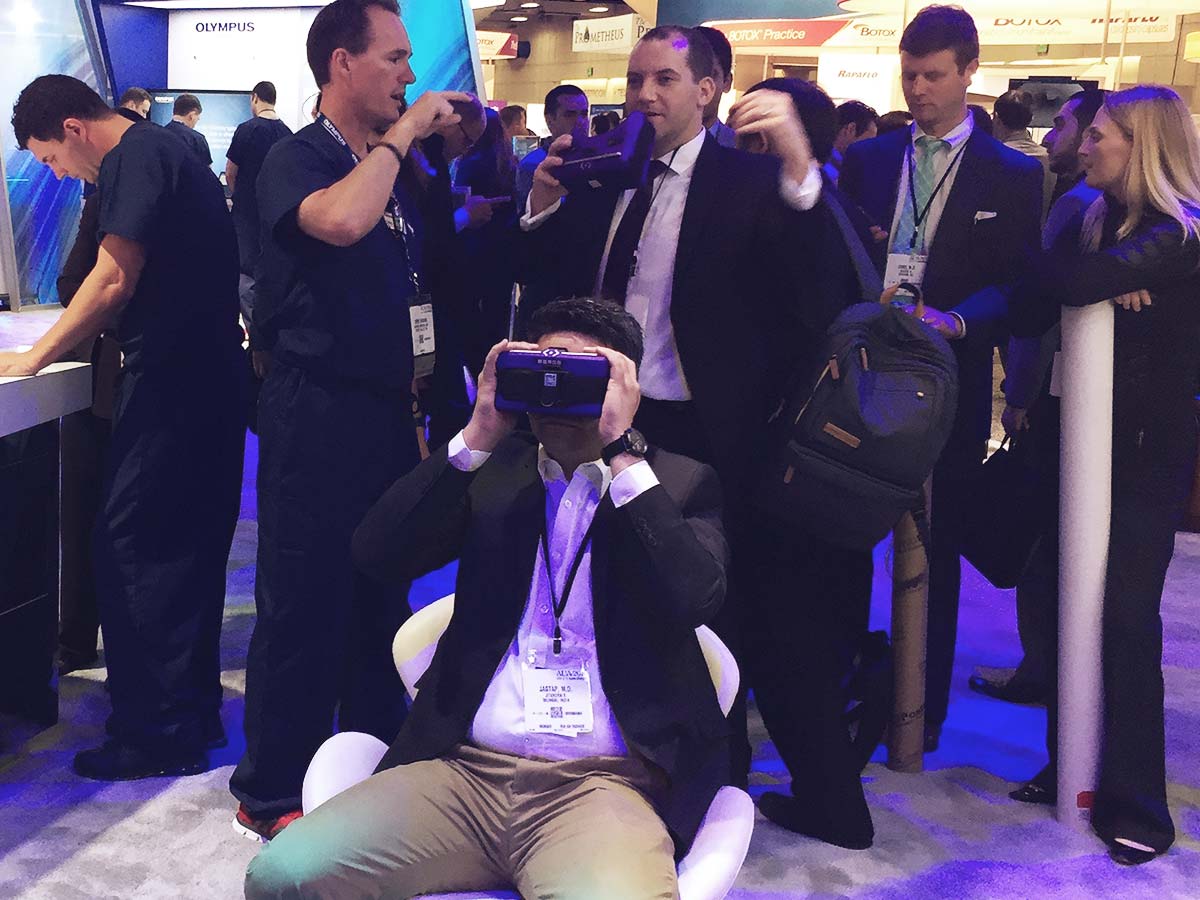 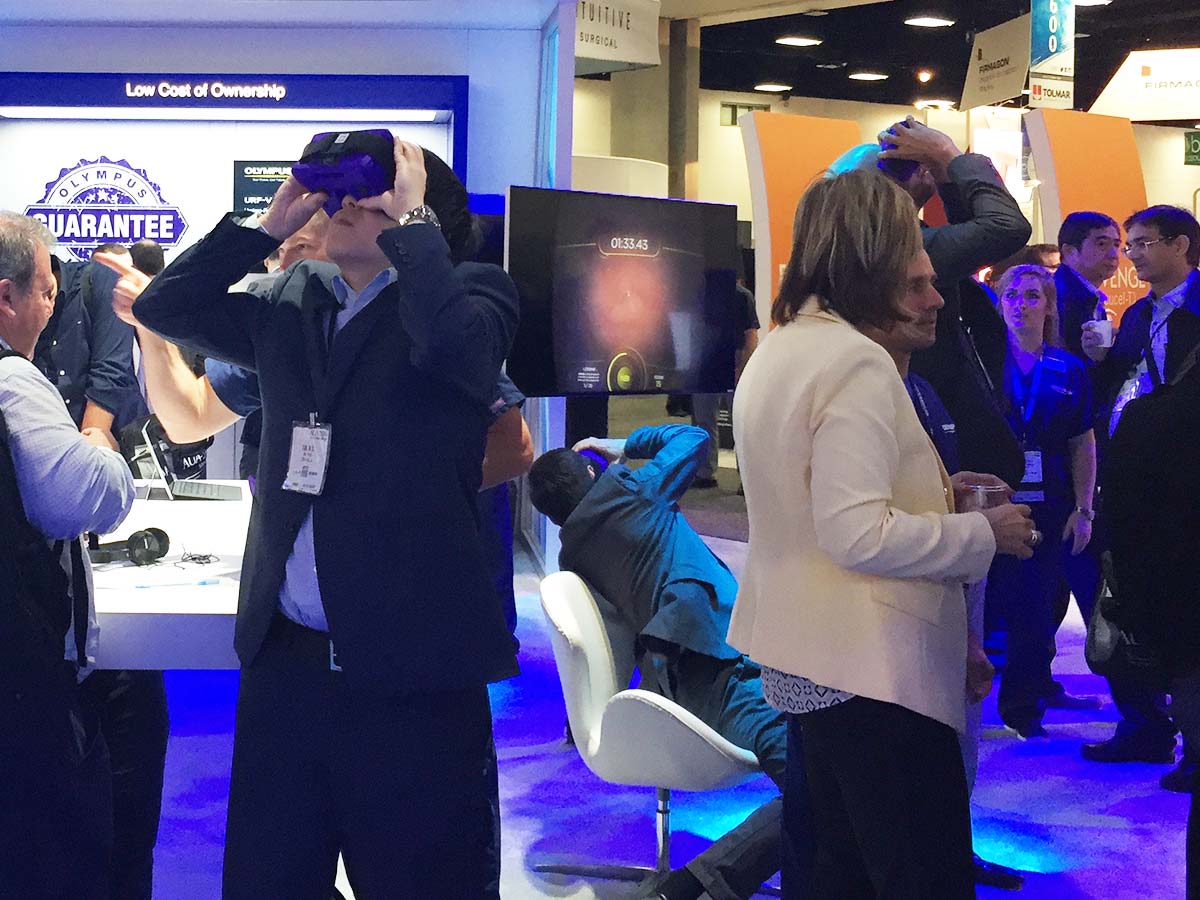 This project was a labor of love for the better part of 4 months – and this case study barely scratches the surface of the work needed to pull it off. For more in-depth info contact me.